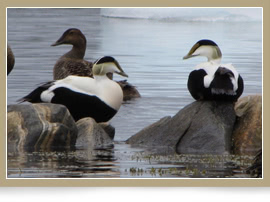 In recognition of February 2 as World Wetlands Day, the Honourable Perry Trimper, Minister of Environment and Conservation, is acknowledging the critical role that healthy wetlands play in the overall health of our province’s natural environment.

“Healthy wetlands provide many important benefits to fish, wildlife, plants and people, and contribute to the rich natural environment that we all enjoy. As part of my mandate, I am committed to collaborating with our many stakeholders to establish a new provincial wetlands strategy, which will ensure that our wetlands are protected and allowed to thrive into the future.”
– The Honourable Perry Trimper, Minister of Environment and Conservation

The Convention on Wetlands was adopted on February 2, 1971, in the Iranian city of Ramsar. The treaty, negotiated by countries and non-governmental organizations, provides the framework for the conservation and wise use of wetlands. Canada is one of the treaty’s 169 signatories and currently has 37 designated Ramsar sites, including the Grand Codroy Estuary, on the west coast of the island.

Some of the benefits of healthy wetlands include:

The primary purpose of a provincial wetland strategy will be to provide guidance for the conservation of wetlands in Newfoundland and Labrador while promoting sustainable economic development.