Moncton: From Bathtubs to Wetlands 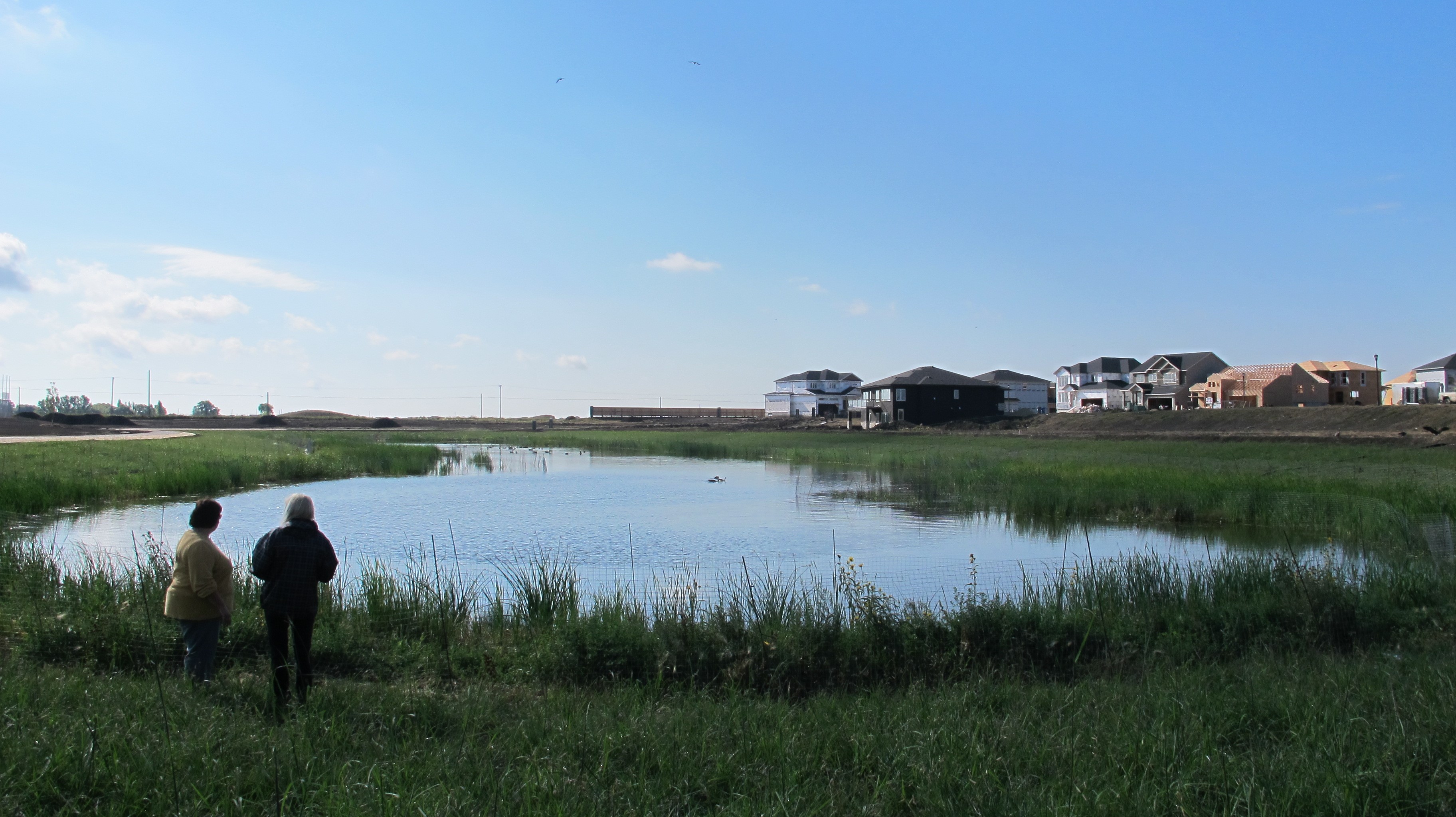 Three years ago, a group of City of Moncton staffers boarded a plane, bound for Winnipeg, Man. They were on a fact-finding mission.

Their goal: discover if Moncton could evolve from building traditional bathtub-like stormwater retention ponds to incorporating multi-functional wetlands instead.

Moncton was dealing with more intense and frequent storms, and more precipitation. They needed a plan.

“We had a lot of water quality issues in the city, around our storage areas,” says Elaine Aucoin, Moncton’s director of Environmental Planning and Management, citing increased occurrences of e-coli and blue green algae.

The success of the Centennial Park wetland was a watershed moment. Staff realized there was potential for similar projects.

“We had seen the benefits at Centennial Park, but we needed to see how it would work when wetlands were integrated into neighbourhoods,” says Aucoin.

The investigation took Aucoin, along with city planner, Sebastien Arcand and director of design and construction, Alcide Richard, to Winnipeg.

Manitoba’s capital is home to Native Plant Solutions, a consulting arm of DUC that’s pioneered the design and movement towards naturalized stormwater retention basins. Since 2002, NPS has naturalized more than 85 stormwater basins in the Winnipeg.

“That trip to Winnipeg sold it for me,” says Richard, noting the three-day tour, guided by staff at NPS, addressed all his concerns.  “We had a developer with us who got pretty excited.” It was a positive sign—buy-in by ratepayers and industry is important to success, Richard notes.

Aucoin says the trip convinced her that managing storm water could be done in a way that added to the quality of life in a community. “[Wetlands] look a lot nicer, and provide the community with a place to gather around, unlike dry ponds that are often fenced off, and waste of space,” she says.

The Moncton delegation set about presenting their findings and recommendations to council. Their project received a green light. In 2015, they worked with DUC staff in Atlantic Canada, NPS, and WSP Engineering Consultants to draft a set of naturalized stormwater management guidelines.

The result is an innovative document that will transform all future development in the city, according to Moncton’s city planner.

“This is a huge leap from where we were at, to where we’re going,” says Arcand. “We need to start building for the millennials,” he adds, noting that generation places high value on green infrastructure.

The city is now in a “pilot project phase” and constructing two wetlands, to store and filter storm water. “We need to prove that this can work in Moncton. We need to put people’s minds at ease,” says Richard. “I think once they’re done, the pressure will be to bring them everywhere.”

Since completing the guidelines, the City of Moncton has been recognized with an environmental award from the Canadian Association of Municipal Administrators. And, they’ve sparked a conservation conversation.

“The City of Moncton is leading the way in Atlantic Canada,” says Wade Lewis, DUC’s head of restoration and client services based in Charlottetown, P.E.I. Lewis helped assemble the guidelines.  “We’re already getting calls from other municipalities interested in similar projects.”

“We’re heading in the right direction,” says Richard. “We’re thinking outside the box and we’re not afraid to try stuff. And that’s Moncton in a nutshell.”

Learn more about the project on NativePlantSolutions.ca.