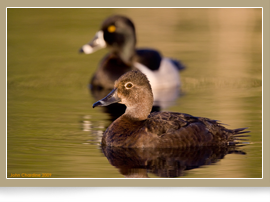 Courtesy of the Nature Conservancy of Canada

The Nature Conservancy of Canada (NCC) has announced the expansion of an important wilderness area in eastern Quebec. The not-for-profit land conservation organization has acquired two new forested sites, further protecting another 26 hectares (64 acres) in the Saint-Majorique section of the Gaspé Peninsula. This expands the NCC-conserved lands here to 170 hectares (over 420 acres) along Route 197.

This area is very important for animals, as it is the only land link that allows wildlife to move between Forillon National Park and the large public forest lands located further west. Located about 15 kilometres from downtown Gaspé and 5 kilometres from Rivière-au-Renard, these two properties provide a continuous forest cover dominated by balsam fir, white spruce and red maple. These wooded areas and waterways are home to a wide variety of animals, such as Canada lynx, moose, black bear, white-tailed deer, marten and red fox.

“The protection of these two new properties, located on both sides of Route 197, makes it possible to consolidate a forest corridor more than 500 metres wide, making it the most important protected ecological corridor on the Forillon Peninsula,” said Camille Bolduc, NCC project manager for Gaspésie. She added that the maintenance of ecological corridors is intended to ensure wildlife diversity both at the local level of the Forillon Peninsula and on the continental level.

Mobilizing local partners around the issue of ecological connectivity

In addition to private land protection initiatives, NCC is working with various local partners to address the issue of habitat fragmentation for wildlife. For example, a forum on the need for ecological connectivity in the Forillon Peninsula was held last September in Gaspé. Participants from the public and private land-use planning sector, Forillon National Park and NCC discussed the various ecological, land-use planning and road safety issues related to ecological connectivity along Route 197, and to work on the implementation of an action plan. This forum is part of the major project “Ecological corridors: a climate change adaptation strategy” coordinated by NCC in Quebec and its many partners.

We also wish to thank the private landowners who have contributed to the protection of wildlife corridors on their property.

The Ecological corridors: a climate change adaptation strategy project is made possible thanks to the Action-Climat Québec program. The Fondation de la faune du Québec is also a project funding partner.

“In addition to providing many services to humanity, particularly by storing carbon, plants form groups that constitute the habitats of several animal species, as is the case in the Gaspé Peninsula. Keeping forests intact is therefore a key role in the fight against climate change and the preservation biodiversity in Quebec and around the world. I am proud that, through the Ensemble pour la nature project, we can collectively contribute to preserving part of this important natural heritage from which we benefit, both for ourselves and for the generations to come.” – Benoit Charette, Minister of Environment and the Fight Against Climate Change

“With the help of partners like the Nature Conservancy of Canada in Quebec and its many partners including those in and around Gaspé, our government is making progress toward doubling the amount of protected nature across Canada’s lands and oceans. Nature is central to our Canadian identity, and by taking the initiative now to establish a wildlife corridor near Forillon National Park, we’re protecting wildlife and ensuring our kids and grandkids can connect to nature and experience its wonder.” -Catherine McKenna, Minister of Environment and Climate Change.

•    For more than 15 years, NCC has been ensuring the long-term protection of exceptional natural environments in the Gaspé Peninsula. To date, these efforts, in collaboration with local and regional partners, have protected more than 886 hectares (2,189 acres of important habitat for 28 at-risk species.
•    Ecological corridors are natural passages through which wildlife move from one habitat to another. It is essential to protect and restore these corridors in areas fragmented by human infrastructure such as roads and cities.

The Nature Conservancy of Canada (NCC) is Canada’s leading not-for-profit private land conservation organization, working to protect our most important natural areas and the species they sustain. Since 1962, NCC has helped to protect more than 1.1 million hectares (2.8 million acres) across the country, including 45,000 hectares (111,197 acres) in Quebec. To learn more, visit natureconservancy.ca.

The Government of Canada’s Natural Areas Conservation Program (NACP), administered by NCC, is a unique public-private partnership to accelerate land conservation in southern Canada. Through matching contributions, NCC and its partners enhance federal funding. The habitats conserved through the NACP help strengthen the protection of natural corridors and other protected areas.