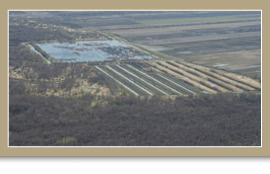 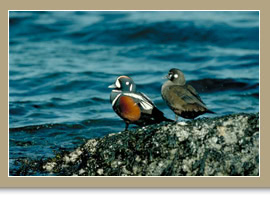 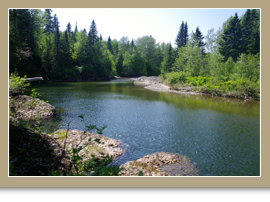 Between 1987 and 2009, QC-EHJV partners invested over $57 million to conserve and restore high-priority wetland habitat across the Province. Almost 100 of these wetlands have benefited from activities that include acquisition, voluntary landowner agreements, local stewardship, etc. Improved waterfowl habitat benefits many other migratory birds, plant and wildlife species as well as people, while enhancing the Province’s overall biodiversity.

Between 1987 and 2009, QC-EHJV partners invested over $17 million in enhancement activities in the Province’s high-priority wetland areas resulting in the enhancement of over 8,000 hectares of wetland and upland habitat for the benefit of waterfowl and other migratory birds.

QC-EHJV partners have invested in studies and inventories that help to advance the Province’s wetland conservation programs and activities. 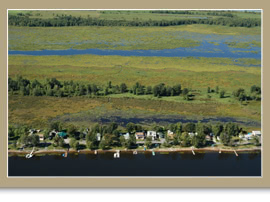 Between 1987 and 2009, $92.1 million has been invested in QC-EHJV programs to conserve wetland and upland habitat and increase wildlife productivity at NAWMP priority sites.

In 2006, the Quebec Ministry of Sustainable Development, Environment and Climate Change developed guidelines related to compensation for wetland-related activities. The guidelines help to assist in the analysis for certificates of authorization related to projects occurring in wetlands that were invalidated by the Superior Court of Quebec in 2012. In response to this, in May 2012, the Quebec National Assembly adopted the Respecting Compensation Measures for the Carrying out of Projects Affecting Wetlands or Bodies of Water Act (Chapter M-11.4). The Act gives the Minister of Sustainable Development, Environment and Climate Change the power to require that applicants undertaking restoration, creation, protection or ecologically enhancing a wetland, body of water or a piece of land near a body of water to include compensation measures in their request for authorization. The Act also legalizes any compensation measures undertaken since 2006.

On April 24, 2015, the section of the Act requiring compensation measures ceased to exist, unless by that date, an alternative Act providing guidelines for the conservation and sustainable management of wetlands was in place. In light of ongoing work to modernize the Environmental Quality Act licensing process to streamline regulations and optimize the process, the April 24, 2015 deadline was extended to April 24, 2017.

In parallel, the Ministry of Sustainable Development, Environment and the Fight against Climate Change has been building upon the work underway since 2012 to improve the legal and regulatory framework regarding Quebec’s wetlands. This work aims to improve the protection and sustainable use of these ecosystems, which play a role in providing an essential ecological service, in particular maintaining water quality, by further advancing the principle of no net loss of wetland and water resources. Since then, several stakeholder consultations have taken place regarding the broad guidelines that will form the basis for the draft law. A new legal and regulatory framework is expected in 2017.