Ontario is home to over 34 million hectares of wetlands ranging from large arctic coastal wetlands, boreal bogs and fens and extensive swamps to marshes spanning the Canadian shield and unique coastal wetlands bordering the Great Lakes. In total, wetlands cover more than 34 per cent of the Province’s land base and account for approximately 25 percent of all wetlands in Canada. Ontario is also home to Canada’s largest population, with more than 14.5 million residents, most of whom reside in southern Ontario where diverse land uses reflect agricultural, residential, industrial and ecological interests. Ontario Joint Venture partners work across the entire province to conserve migratory bird habitat, including wetlands and associated upland habitats; however, most conservation efforts focus on southern Ontario where wetland loss has been the greatest. 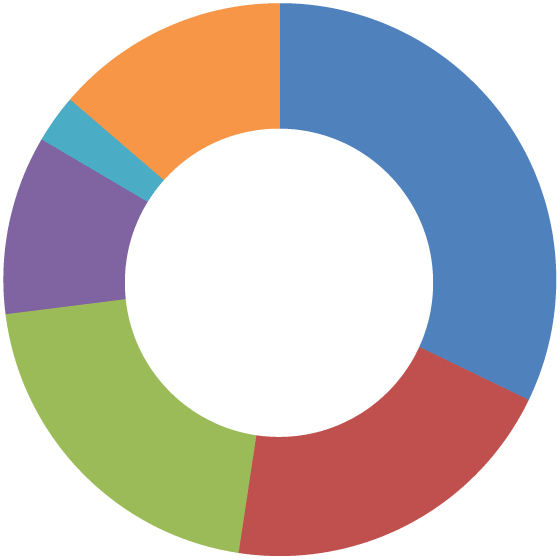 Other activities include policy work, communications, education and conservation planning.

* Activities from January 1, 1986-December 31, 1988 were completed as first step projects prior to the official formation of the EHJV

** Habitat hectares retained, restored and managed are not additive. Hectares are first secured, may then be enhanced and are subsequently placed under management.

Jutting out from the north shore of Lake Erie in Ontario, Long Point is a 40-kilometre-long sand spit that is home to some of the largest and most ecologically unique wetlands in all of southern Canada. Since the early 2000s, these wetlands have been under threat due to growth of the invasive European Common Reed, or Phragmites. The plant spreads quickly and is known to reduce the abundance (number) and diversity (types) of native wetland plants and animals. In response, Joint Venture partners, led by the Nature Conservancy of Canada and Ontario Ministry of Northern Development, Mines, Natural Resources and Forestry, and supported by Ducks Unlimited Canada, initiated Canada’s largest invasive Phragmites control program. The partnership has transformed 1,500 hectares of dense monocultures of Phragmites “dead zones” back to functional wetland habitat. Additional locations are slated for future treatment.

Uniquely situated in the ecozone between northern and southern Ontario, Matchedash Bay displays many characteristics of both landscapes. Recognized by the provincial government as one of the most significant wetlands on Georgian Bay, it is also a Ramsar Convention wetland of international importance as well as a Birdlife International IBA or Important Bird and Biodiversity Area.

The Charlottenburgh Marsh is a provincially significant 122.7-hectare riverine wetland within the St. Lawrence seaway’s Cooper Marsh Conservation Area. It is a high priority waterfowl habitat region in the Great Lakes and has become a popular destination among local school groups and visitors for hiking, birding, picnics and other outdoor recreational activities

In 2019, Ducks Unlimited Canada, the Raisin Region Conservation Authority and other local partners refurbished the wetland’s water-management infrastructure and took action to reduce Phragmites, an invasive species that had infiltrated sections of the Marsh. Significant restoration work repaired and improved the 925-metre earthen dike and the Phragmites was sprayed to help control its footprint.

The restoration work brought together support from sources beyond the Joint Venture partnership, including Environment and Climate Change Canada and community partners Axalta Coating Systems and the Crabtree Foundation. Protecting the natural habitat and removing invasive species ensures that the Marsh will continue to support a healthy ecosystem with abundant wildlife, including 130 bird species recorded on site, while providing recreational and educational opportunities.