Prince Edward Island’s EHJV partners conserve the Province’s coastal estuaries and wetlands for the benefit of waterfowl and other migratory birds. Because of the significance of agriculture across the Province, partners often work in partnership with local landowners. 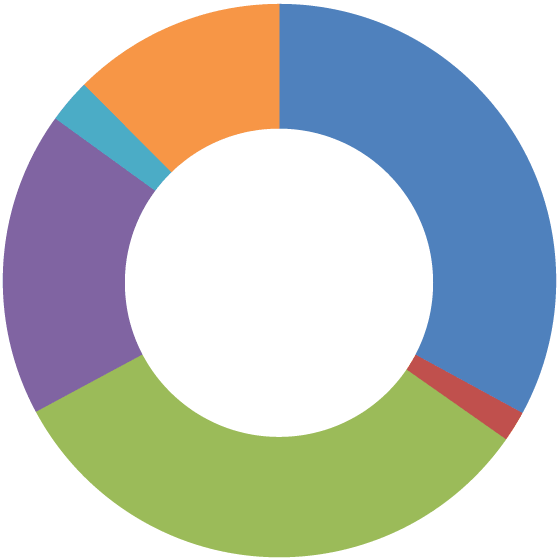 Other activities include policy work, communications, education and conservation planning.

* Activities from January 1, 1986-December 31, 1988 were completed as first step projects prior to the official formation of the EHJV

** Habitat hectares retained, restored and managed are not additive. Hectares are first secured, may then be enhanced and are subsequently placed under management.

Abrams Village hosts one of PEI’s impressive saltmarsh habitats. The Nature Conservancy of Canada protects and manages 80.9 hectares of land surrounding the Haldimand River, in the Abrams Village Nature Reserve. Established in 2009, the Nature Reserve is always expanding as land parcels become available. The area is home to a variety of wildlife, including common tern, bald eagle, great blue heron, willet and Nelson’s sparrow, which can all be seen on the mudflats or heard calling from the wetlands.

PEI’s Percival River area is one of the wilder corners of the Province that local people cherish and few others have explored. Along with its important forest habitat, the Percival River feeds into Egmont Bay and includes ecologically rich wetland habitats that are critical to the life cycle of many populations of migratory waterfowl, shorebirds and seabirds. The largest unbroken tract of salt marsh in PEI is located along the Percival River. To date, the Nature Conservancy of Canada has conserved 269 hectares of coastal salt marsh, freshwater wetlands and predominantly black spruce forest surrounding Percival River.

Ducks Unlimited Canada (DUC) has partnered with the Province to acquire 193 hectares at St. Charles Pond. Together, the Province and DUC are managing the project and promoting recreation and enjoyment at the site. The pond provides valuable habitat for waterfowl, including black ducks, ring-necked ducks, green-winged teal and wood ducks. A fishway also supports several species that use the wetland as they travel from the nearby Fortune River.

Doc’s Marsh is one of PEI’s largest freshwater wetlands and is surrounded by diverse woodland. The site is jointly managed by the Province and Ducks Unlimited Canada. The property is used extensively by people across Prince Edward Island for recreational activities such as fishing, hunting, hiking and wildlife viewing.

Ducks Unlimited Canada (DUC) first collaborated with the Province to do restoration work at the marsh, located on provincially owned land, in 1971. The shared goal back then was simple: provide high-quality habitat for wildlife and recreational opportunities for local residents. During a December 2014 storm, more than 150 millimetres of rain fell in western Prince County causing a massive washout of the dam and draining much of the marsh. The following year, the Province and DUC agreed to repair the dam and rebuild a water control structure capable of handling heavier rainfalls, and one that would improve fish passage in and out of the marsh.